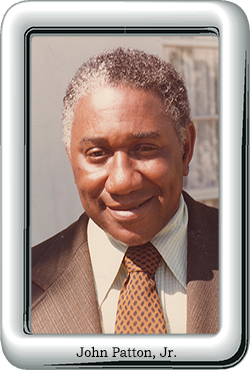 I’ve had some great voice teachers in the classroom and outside of the classroom in private lessons where a wealth of knowledge was bestowed on me. I was taught a lot of vocal techniques. He advised that it helps to know or have an arsenal of vocal exercises to heal a voice that is showing  wear and tear. Mr. Patton would emphasize the necessity of knowing how to care for the voice and which exercises to perform. Vocal exercises enabled vocal longevity. In college my vocal study began with music theory, the study of basic vowel production on the voice and voice anatomy. Mr. Patton was my private vocal coach and his lesson plan for me included consistent vocal practice and reading the biographies of singers. I was learned Negro spirituals, significant Jazz singers, song stylists verses singers and he gave me the sheet music of noteworthy American Art songs. He clearly pointed out the difference between singers and stylists. At the time of my lessons with Mr. Patton I was studying Italian Operatic Arias. I was being groomed for classical performances in the mezzo voice by Mary Cobb Hill another favorite vocal coach. She really thought I have potential and she was a great teacher. Opera calls for athletic demands of the voice and my voice was become more and more agile. So as a result he informed me of Enrique Caruso who was born in 1873 in Naples, who was an Italian operatic tenor.  Caruso sang to great acclaim at the major opera houses of Europe and the Americas. As a youth, Enrique’s beginning study of the voice would include at least a year’s work of singing nothing but vowels.
Mr. Patton was a lyric tenor. When he sang he treated every utterance with special care for dynamics, he was awesome. He studied at the Julliard School of Music in New York and privately with Roland Hayes in Boston. He was presented in his New York City debut at Carnegie Hall, 1965. He played the role of “II Trovatore” with Duluth Symphony and stars of the Metropolitan Opera Company, 1967. He toured Europe as a soloist with the Albert McNeil Choir of Los Angeles. He was a gifted lyric tenor who gave a fine recital of exceptional variety. His recital program ranged from Handel to German leider, Puccini, contemporary art songs by Black composers and arrangement of traditional spirituals. He glided through the spirituals with expressive ease as a Luther Vandross would in a Rhythm and Blues ballad, extremely persuasive. He had power and strength in the highest registers and could spin out a pianissimo line with exquisite beauty, in a pure tenor voice. Later in life before the role in the Color Purple, he was a DJ at a radio station in Los Angeles spinning classical and spirituals and he co-authored a book on choir direction.